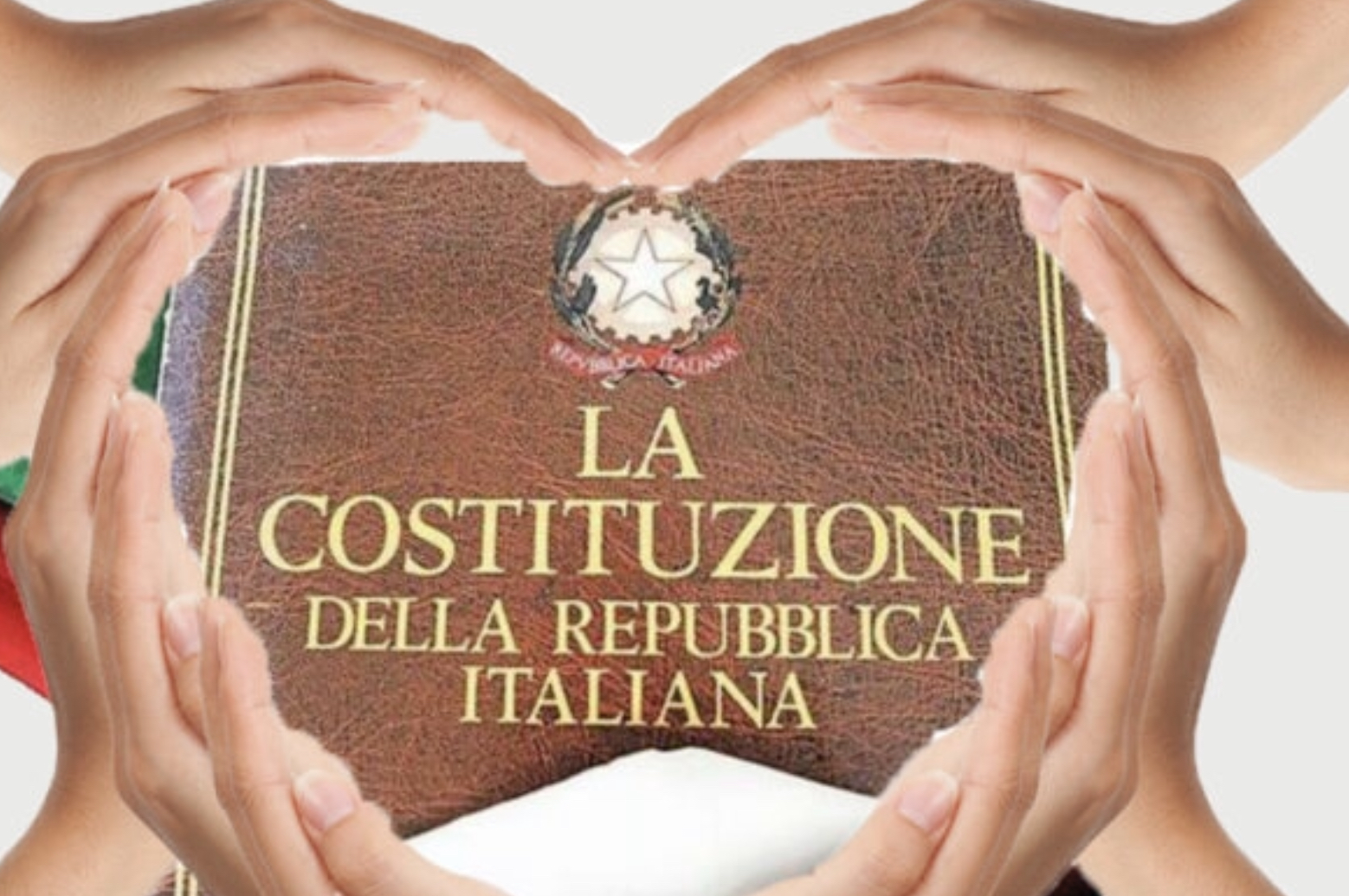 After Matteo Salvini announced his plan of holding snap elections, the former Italian prime minister (Presidente del Consiglio), Matteo Renzi, launched the idea to postpone elections by forming a transitional government supported by the Partito democratico and the MoVimento 5 stelle, amongst others. Renzi knows that, according to the polls, Salvini’s political party (the Lega) could win the elections and form a government with Fratelli d’Italia, a post-fascist and still far-right party or with Forza Italia, the party created by Silvio Berlusconi. But would this move prevent a populist government?

A proposal similar to that advanced by Renzi has also been supported by another former prime minister – and long-standing rival of Renzi – Enrico Letta who warned about the risk of an Italian Brexit given the affinity between Salvini and Putin. On this, the Partito democratico also filed a motion of no-confidence against Salvini as Minister of the Interior at the Senate due to the ambiguous relationship between Putin and Salvini which emerged after some revelations on Buzzfeed.

On 13 August, Salvini partly changed his mind and accepted – on paper – the request advanced by the MoVimento 5 stelle by declaring himself ready to vote on the reduction of the members of the Houses before going to the elections. In doing so, he gave Art. 138 of the Italian Constitution, which governs the constitutional amendments, a very questionable interpretation. According to Salvini, it would be possible to dissolve the chambers (that is why he still wants to file a motion of no-confidence against prime minister Giuseppe Conte’s government) after the vote on the constitutional reform, but this would deprive the parliamentary minorities (“one-fifth of the members of a House”) of the right to request the constitutional referendum.

Although Renzi controls the majority of parliamentarians of the Partito democratico, his position does not reflect that of the new leader of the Partito democratico, Nicola Zingaretti, who openly excluded the option of a technical government and pushed for new elections. As a result, it seems that Renzi is ready to launch a new political subject if there will be new elections in order to attract some figures from Forza Italia as well. His idea is to repeat Macron’s experiment.

In doing so, Renzi presents himself as an anti-populist leader and appeals to the national interest to avoid a round of elections which could pave the way for a long and stable far-right government led by Salvini with the support of Fratelli d’Italia. Indeed, the leader of Lega – Salvini – defined himself as “proudly populist” on many occasions, and Giorgia Meloni (the leader of Fratelli d’Italia, one of the forces initially allied with Lega and Forza Italia) openly praised Orbán as a political role model.

The current Italian prime minister, Giuseppe Conte, also repeatedly defined himself as populist, so it seems that Italian political leaders nowadays do not avoid this label; on the contrary, they are happy to display it as a badge of honour. And although Renzi’s call to try and avoid a dangerous, extremist far-right government is welcome, the language and the tone he uses create mixed feelings. Marco Revelli and Piero Ignazi (who also had an interesting exchange on this with Renzi himself on Repubblica) have considered Renzi’s government as populist in many respects.

A wolf in sheep’s clothing?

Unlike Salvini and Conte, Renzi has never defined himself as populist, but as suggested by Blokker, amongst others, his behaviour in the campaign for the referendum on the constitutional reform and his general way of acting and talking remind us of the populist rhetoric. This is particularly true if one thinks of the way in which Renzi tried to dichotomise “the vote between those that want to modernise Italy – a reform that will ‘bring Italy into the future’ – and the ‘conservatives’ that supposedly cling to a (corrupt) past”.

This narrative has accompanied the formation of the Lega 5 Stelle government. According to Renzi, those who voted against the constitutional reform have been accused of indirectly making this new populist wave in Italy possible, by creating a narrative which links the “no” vote to Renzi to the victory of 5 Stellein the latest elections. The situation is obviously more complex, but this kind of approach is still present in Renzi’s appeal for a government of transition, for example when he openly accuses the constitutional law professors who had questioned the reform, in primis Gustavo Zagrebelsky, of an incredible silence on what has been going on in Italy over the last few months.

He said: “I costituzionalisti sono ancora in ferie, probabilmente: si emozionavano solo ai tempi dell’abolizione del Cnel, oggi stanno zitti”, which could be translated into: “Constitutional lawyers are still on holiday: they only got excited about the abolition of the National Council of Economy and Labour [a measure proposed in his constitutional reform], while nowadays they remain silent.” This is curious because many constitutional lawyers have constantly criticised the government for its actions, including the (in)famous security decrees(decreto sicurezza I and decreto sicurezza II) or more recently for the bizarre and worrying request of Salvini – which he made during his electoral beach tour – to aim at “full powers”, echoing the famous words of totalitarian dictators like Mussolini and Hitler. It is no coincidence that Salvini always labels academics as the élite, which tries to obstruct real democracy. Zagrebelsky himself wrote against the current government, by resorting to the idea of civil disobedience.

Moreover, the campaign for the constitutional referendum was generally perceived as highly divisive, not only in the academic world, so it is unfair to shift the blame to constitutional lawyers for being hostile to his reform. So what is Renzi talking about when he makes those accusations? This sadly leads us back to the friend/enemy distinction that, according to Müller, is one of the main features of populist rhetoric. Calling for unity and still threatening division and resentment, this is the curious mix used by Renzi in his interview.

How to move forward?

Luigi Di Maio, the other deputy prime minister and leader of the Movimento 5 stelle, proposed to vote on the constitutional reform aimed at reducing the number of members of Parliament before the elections. Renzi seems to agree on this as the reduction of the members of the House was also part of his (failed) constitutional reform. Also, there is much pressure on the President of the Italian Republic, Sergio Mattarella, who, according to the Constitution, has the power to dissolve one or both Houses of Parliament. If he chooses to use this power, elections could be held in October or at the beginning of November 2019 to give the new Parliament the possibility to pass the necessary “budget and the financial statements introduced by the Government” according to Art. 81 of the Italian Constitution.

As written above, on August 13 Salvini proposed a counterplan, saying that elections could be held soon after the vote on the constitutional reform, but according to many experts this reading of Art. 138 is not plausible.

Is Renzi’s plan feasible instead? The majority of seats in Parliament belongs to the MoVimento 5 stelle which had already explored the possibility of a coalition with the Partito democratico before concluding the famous “government contract” with the Lega.

The concept of a government contract is directly linked to another feature of this government, namely the idea that representatives must immediately respond to the claims of the people with almost no autonomy in performing their public function. As suggested elsewhere, this runs the risk of reducing representation to a private law scheme and this narrative is also confirmed in the idea of a “government contract” signed between the MoVimento 5 stelleand Lega. This is consistent with one of the aspects of the constitutional counter-narrative advanced by populists, namely with what Corrias called “politics of immediacy”, a concept which rejects the idea of mediation offered by representative institutions. The idea of a contract itself is not entirely new since Berlusconi also presented and signed the well-known “Contract with the Italians” during a very famous talk show (Porta a Porta) on May 8, 2001. The current form of populism in Italy did not emerge entirely out of the blue. 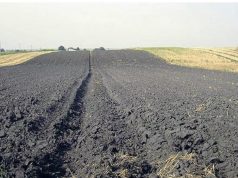 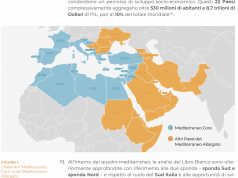 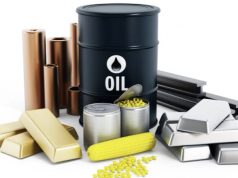